Four months ago, I walked past the room my husband, Chris, and I now sit in. Observing the parents that day, imagining what they must be feeling and experiencing, nearly broke my heart. With very little sleep and nowhere to go, many thoughts begin running through my mind.
This entire morning has been drenched in an air of surrealism. We observed the amber glow of the sunrise, casting its shadow over the streets of Baltimore. Somehow, the dawn briefly gives everything a refreshed appearance, even in a city enveloped in smog and grime.
Jayde is now over halfway through her surgery. Her anxiety was in full force. Fortunately, a cocktail in her IV relaxed her nerves and provided for a few much-needed pre-op laughs.
The room which is our respite is bright yet somber, full of families with understandably anxious and heavy hearts. It is a United Nations of sort, with people from all walks of life, originating from the many corners of the globe, speaking many different languages. The breath from this room comes from the sounds of children laughing and playing. Despite the many differences, it is obvious each person is here for the exact reason - they are dearly fighting for someone they love. It is a fight-filled with countless doctor’s appointments, painstakingly destroying brick walls to reach the next medical hurdle, and immeasurable exhaustion from the many nights of no rest...even when you close your eyes. It is not a pretty fight...then again, most aren't. Yet, I believe every parent, grandparent, and caregiver in this room would go to battle countless times if it meant the mere possibility of the child they love being well. I have stated before, this is the place where parents and patients come after they have exhausted all resources. Chris and I are the fortunate ones. We live barely an hour away...John's Hopkins was not the last resort. It was an option.
One of the many lessons I have learned from this journey is, too many take their health for granted...until they can't.
If you can bike or hike along a picturesque trail, walk along the shoreline during a sunny day, or simply jog through your neighborhood...please know and understand how blessed you are and never take it for granted. For many, these simple feats are wishes which will never be granted.
#jrsjourney #POTS #DYSAUTONOMIA #SMASYNDROME #zebra #johnshopkinschildrenshospital 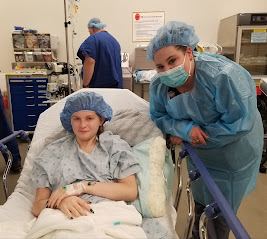 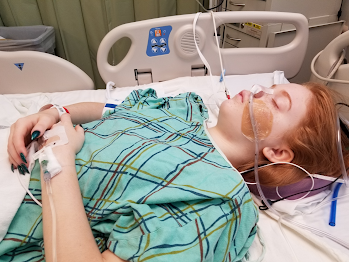