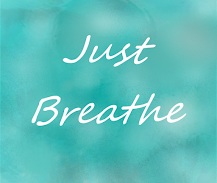 Chris was on his way to deposit some checks into our bank, so I could book a house in Charleston for two glorious weeks. Afterward, he was picking up pizza for his little princess, and I was steaming shrimp for the two of us. Jayde-Rhiannon and I were where Chris left us, lying across my bed talking. I was going to take a quick shower, Chris was going to come home, and the three of us were going to spend a quiet evening together.
Not five minutes had passed since he kissed us goodbye and walked out the front door. My text alert sounded, "In an accident. Car totaled." Within an instant, with one text, everything halted to a standstill. The following text gave his location. After that, he stopped responding and did not answer my phone call. I flew into my infamous crisis mode—autopilot. My body rapidly pulsing from head to toe, as if someone had injected me with a giant dose of adrenaline. I silently prayed, trying to stop all the thoughts that began racing through my mind.
Jayde and I dashed out of our car. While explaining to one fireman who we were, another fireman attempted to keep Jayde away. If there were any doubts, she proved she was my daughter, as she shouted back, "NO—that's MY Dad!!!"
When Jayde and I arrived on the scene, the site of the rescue vehicles would have been enough. Now no sight of him anywhere. Seeing the destruction of his car and the pieces of it scattered all over the road took my breath away. Jayde's body trembled as our arms were entwined, and she clung to me. Chris was not exaggerating when he used the word "totaled." Fortunately, our best friend was already on site. He made a beeline for Jayde and me, wrapping his arms around us, "He is ok. Just breathe."
We were only allowed in the ambulance for a moment. Afterward, I was so consumed with making sure we had all of the vital possessions out of Chris's car, taking pictures, trying to keep my mouth shut and not scream at the man responsible for my husband laying on a stretcher in an ambulance–I missed seeing the ambulance leave. The last thing the police officer said to me before we left the scene, "Take deep breaths, just breathe."
Jayde and I drove to our house to grab phone chargers and a change of clothes for Chris. Nick met us there to drive us to the hospital. I stood in our kitchen staring into a cabinet, "What are you looking for?" He asked. I paused, "I don't know. I forget what I need." He proceeded to do his best to make me laugh, knowing if I didn't laugh, I would surely cry.
I spent most of the drive to the hospital on the phone, informing family members of Chris's collision. The remainder of the time, I could not stop thinking about a stupid disagreement Chris, and I engaged in the night before. Thankfully, we had already kissed and made up before he left for work in the morning—but what if we hadn't?
While I was only five when my grandfather passed away, his death profoundly affected our family and my life. My grandmother was only a few years younger than I am now when he was killed by a truck driver making an illegal U-turn. The love of her life, and the father of her children, was on his way to work—he never returned home. Though she found love again, a large part of her heart remained broken until she died. Until this afternoon, I could never fully comprehend the immense sadness she must have lived with. We have endured a few scary moments in our almost twenty-three years. But, they all paled in comparison to this moment.
Upon reading the news, my other best friend called. She was checking on Chris, making sure Jayde and I were holding up alright. During our conversation, I heard the words again, "Just breathe." My response, "I can't. If I stop, you know what will happen."
We were showing Chris the pictures of the accident, explaining how badly his car was destroyed. Things were still fresh. We were noticeably upset about what happened to him. He responded, "Don't worry, there was nothing of any value in my car." Jayde and I turned to look at each other before I said, "No, not anymore. The only thing that has any value is right in front of us. A car can be replaced, all the material possessions in the world can be replaced. However, the love of my life and my daughter's father can NEVER be replaced."
Sometime around midnight, standing in our kitchen, Chris's mom and I tightly hugged. Then, she whispered only one word into my ear, "Breathe."
Some people jog, others hike, some read, for me—I write. That is how I process, and when things are most difficult, that is how I breathe. In the early morning hours, the last thing I did before I closed my eyes to rest was stare at my sleeping husband and watched him breathe.
Nothing is promised to any of us. However, yesterday was a solid reminder to never take for granted all the breaths of life. Thank you to everyone who held our hands through yesterday, helping me breathe when I could not, and most importantly, making sure Chris was alright.