When Did Test Scores Become More Important Than A Child's Wellbeing

I was feeling an abundance of frustration this morning. Jayde has missed a great deal of school during her educational career. However, her absences have ALWAYS been supported by doctor's letters. Still, with all these absences she has managed to maintain her grades. I swore I would never do this, but after today I am ready to yank Jayde-Rhiannon out of SYCSD and homeschool her until graduation. Apparently, a letter from Johns Hopkins Hospital was insufficient to explain why Jayde is not starting school yet. Simply because it was signed by her nurse. Even though that is what Jayde's surgeon instructed us to do, and even though this is more than five formal letters from Jayde's medical team informing of her medical condition in less than a year. Maybe I should attach pictures of her hooked up to all her tubes and equipment with the latest letter. 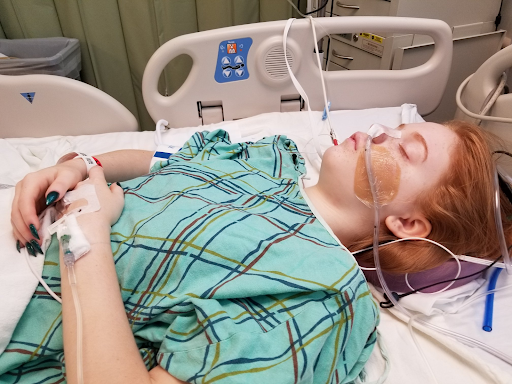 Out of the mouth of my babe this afternoon, "I don't know why you bother to try and educate them about my illnesses. They have never cared about anything I have been through...only their numbers." Her comment brought me to tears because not only did I know she was speaking from her heart, I knew her comment was accurate. When I spoke to the powers that be at the school before her surgery, about what her surgery entailed and how long she would be incapacitated I was met three separate times with, "That long?" Regarding the six weeks, she would need to recuperate.

When attendance numbers and test scores are regarded over a child's health and well-being, a severe disconnect occurs within the school. Jayde did not ask for POTS, Migraines, SMAS, or Nutcracker Syndrome, yet she is made to feel like her recent surgery was elective instead of life-saving. The mere fact that this behavior is the norm in today's society is tragic.