The Roar of a Lion 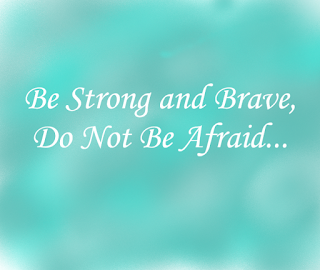 This morning, while tears streamed down my cheeks, I sat in my living room in awe. Though it was a bittersweet moment, it was a moment filled with sweet justice. Today a lion roared, excuse me, lioness, and she roared loudly. I watched the sentencing of Larry Nassar; no Dr. in front of his name any longer, as he has been rightfully stripped of his title. While Judge Rosemarie Aquilina did not set out to be a hero, today, she, along with every victim of Larry Nassar, are my heroes. These women knew they were facing a demon bigger than just one little man. Still, they bravely came forth and brought his darkness into the light.

This depraved, vile man was sentenced to 60 years in federal prison for child pornography, with an additional 175 years from Judge Aquilina. It is a far cry from a six-month sentence, with parole in three months. Her sentence was bold; it is an assurance any light of day he ever sees will only be from behind bars.

As I read over the posts from various media outlets, my emotions turned from elation at justice being served…to frustration and anger. The ink was barely dry on Nassar’s sentencing papers before individuals were claiming judge Aquilina’s sentence was an excessive punishment. Really?!? His span of abuse dates back more than twenty years...twenty years of him methodically deceiving and abusing his victims. Twenty years of Olympic and college officials complicitly looking the other way. When is their day in court?

Over the past week, 156 brave individuals read their victim impact statement in court. In case you were not following this story, the number 156 is not exaggerated. Judge Aquilina opened her courtroom to every victim, returning something else that had been stolen from each of the 156 victims...their voice. She told one of the victims, "Leave your pain here and go out and do your magnificent things." What a gift.

Nassar claimed to listen to his victim’s statement was “mental abuse.” I wonder if he ever stopped to consider the lifetime of mental anguish, which he personally and willfully instilled upon his victims. Given his demeanor during the victim's statements, I will say no...but now he has the remainder of his life to allow each of their words to run through his mind.

I wish every victim of sexual abuse had the same comforts of blindness and naivety as the keyboard warriors, claiming Nasser’s punishment is excessive. I am certain each of his victims also wished they were still naïve to his perverse actions. However, unless you have been a victim of rape or sexual abuse, the words of criticism need never pass over your lips. Unless you have survived the heinous act of being violated and lived to tell of the unspeakable atrocities done to you, you do not get to say words like "excessive" and "I am tired of hearing about this crap." Until you fully comprehend the feeling of PTSD waking you up, night after night, from what most individuals refer to as nightmares...you are not allowed to pass judgment. Then again, if you are a rape survivor, you would not dare say or do any of those things. Why? Because in your heart you know what another victim is feeling…in your heart, you know what daily battles they are facing…in your heart...you just know.

The #Metoo movement is not a fad. It is not disappearing any time soon. Until individuals like Larry Nassar are no longer walking free, you will continue hearing victims' stories. You have one of the precious luxuries Larry Nassar stole from his victims. You have a choice. You can continue turning a blind eye. You can continue treating victims as a nuisance with your disbelief, victim-blaming memes, and comments...OR you can be a part of the solution. You can listen when a victim speaks, you can believe their story, you can stop victim-blaming, you can stop someone when they make fun of a rape victim…you can stop. That is right, you have the power to stop all of it. You can be a mouse, cowering in the corner, observing a culture that accepts rape and sexual abuse...or you can become a lion, whose roar sends the depravity scurrying back from whence it came. It was the mice who permitted the creation of a monster such as Larry Nassar, allowing his reign of terror to continue...until today…when a lion roared.