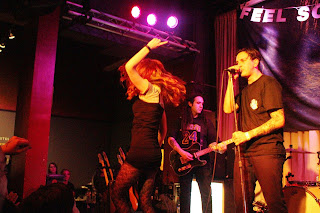 Perseverance is not merely a word used to define an action…it is a state of mind, a state of being.

Roughly ten days ago Jayde attended a concert with Brady and her boyfriend Brett. We purchased the tickets in November, they were $13; we were not too worried if she was unable to attend. Yet to Jayde, this concert was everything. She had been messaging with the band’s photographer, he had placed her on the guest list and was giving her a press pass to take photos. Her excitement was palpable. So was her stress, the week leading up to the concert. She was worried her POTS would make it impossible for her to attend the show…her fears were not unfounded. We dropped the trio at the venue’s door, then proceeded to dinner and a movie close by. A nice respite, even if it was short. Brady was a protective big brother, texting me throughout the evening, keeping me abreast of Jayde’s wellbeing. My biggest fear was having to retrieve the kids early and the disappointment Jayde would feel. When I walked into the venue I saw Brady standing next to his sister, she was sitting on the floor with her head buried in her lap. It only took a split second of looking into her eyes, to know we needed to get her home as quickly as possible. Except for the brief stop along I-83, Chris did his best Nascar driver impression from Baltimore to Shrewsbury. For a few hours she had been fierce and fearless…the price…she was up sick till 4 A.M. The next day she told me, “At least I got to be normal for a few hours.”

March 31, marked two years since Jayde’s POTS diagnosis. Prior to her diagnosis, we tirelessly fought to find the proper name of the invisible beast we were battling. I had this strange misconception that having a formal diagnosis would suddenly make everything better…easier. The only concept which has changed is, we have the name of her illness. This presents its own host of problems. It still surprises me that two-thirds of the medical professionals we encounter, have no prior knowledge of the existence of POTS.

Monday was cardiology day, time to visit the genius who diagnosed our Baby Girl. Time to visit the man who, after one hour with our daughter, informed us exactly what we were dealing with.  Yet, over a ten-year span, eight other medical professionals still could not figure it out. I spent the last few weeks preparing for battle. Though I still considered this man a genius, our last few appointments had plateaued. Jayde’s condition was worsening, but her treatment plan had not been modified. This led me on a futile search for a unicorn: a doctor who treats only individuals with Postural Orthostatic Tachycardia Syndrome AND was accepting new patients. If I needed any additional determination to make my daughter’s doctor pay attention to her, watching her being mostly bed ridden for the past seven weeks was just that. At my request, Chris met us at the hospital for our appointment. I knew a cooler head needed to prevail, he would ensure I stayed the course and Mamma Bear did not make a grizzly appearance.

For me, the most enjoyable portion of every appointment is talking with the receptionist/nurse. We formed a bond, five appointments ago...I have found Momma Bears tend to gravitate towards their own kind. I look forward to seeing the latest pictures of her two-year-old grandson and hearing about his latest antics. I knew I could be candid with her about my recent thoughts and she would be honest with me on how to best proceed with Jayde’s doctor. Jayde’s cardiologist happened to be standing in the hallway, out of sight, yet still in earshot…this was not the worst possible occurrence. Thankfully, Mamma Bear was able to remain in hibernation, we have two new medications, a new treatment plan, some new testing to be scheduled and hopefully Jayde will soon be on the path to thriving…instead of merely surviving.

I’ve had some time to mull over Jayde’s appointment. Up until this point nothing has worked. I have acquired my own invisible condition…mental and emotional exhaustion…it has simply become a way of life. We have tried all the recommended therapies…an abundance of salt, fluids, various medications, exercise, etc. This new regimen prompts concerns…IV therapy will only last so long, before our girl needs a port. A port is not the worst thing in the world, but it does come with its own set of issues. My mind is racing, I know my brain needs a rest…though I am not sure how to accomplish that task. As I scroll through my social media feed I spot an ad for a T-shirt, it reads, “POTS Doesn’t Come With A Manual…It Comes With A Mother Who Never Gives Up.” I laughed and cried at the same time, as I internally question, “Big Brother” listening to my innermost thoughts. It was obvious only a parent battling POTS, alongside their child, could have created this T-shirt. Though I firmly believe, in a world full of parents who are fighting to help their child persevere through life with a chronic or invisible illness, this quote could apply to each of those many parents. Life does not come with a manual…if at first, we don’t succeed…try, try again.

I have resolved myself to the idea…nothing happens overnight, slow and steady wins the race and in the end, perseverance will pay off.

The prize…my beautiful daughter regaining any semblance of her life.

When Giving Up Is Not An Option

There they are, the words I am not supposed to utter. Nonetheless, the unspeakable phrase comes rushing out of my mouth. Fortunately, my daughter and I are at opposite ends of the house, she is safely out of earshot when I screech, “I GIVE UP!” I am unable to re-cork my explosion of words. Instantly regretting my emotionally charged outburst, as it becomes a cloud of guilt cascading over me like a waterfall. Though it can be daunting, caring for a chronically ill child requires you to keep your wits and maintain composure whenever possible. You learn to master the art of squashing, the varying emotions, deep below the surface. Even when it feels almost impossible, somehow you learn to figure it out and it becomes your new norm. I walk out onto our deck, allowing the necessary tears to fall, collecting myself before I re-enter our home.

A few days prior to my outburst I sat in our living room, with my phone on speaker, discussing the latest test results with my daughter's cardiologi…
Read more

Hopes, Wishes and Prayers...Oh My 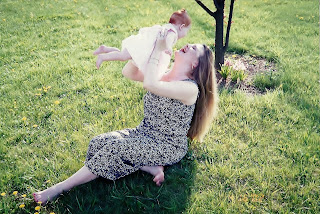 I sit in my living room with the curtains pulled open, fixated on the burnt orange glow across the horizon as it muddles with the bright blue of the morning sky. Having endured many late nights and all-nighters lately…the last six months I can count on one hand how many times I have been awake to see the vivid colors of a sunrise or hear the little corner of our world come to life. Most mornings as Chris kisses me goodbye before he begins his day, I am barely comatose as I utter, "I love you, " audible in a way only he can understand. We are naturally night owls...however, Jayde’s POTS has taken that character trait to an entirely new level.
As my pillow and plush weighted blanket lull me to sleep, in the early morning hours, I clung to the last remaining shreds of denial and hope. Hopeful Jayde's test will show she was fine, healthy, not in need of major life-altering surgery. The combination of the morning noises of the coffee maker, Chris in the shower and our fur-bab…
Read more